OCT. 27, 2021 -- The GoTriangle Board of Trustees has approved the hiring of Byron Smith, an NC Central University graduate and a partner at Kaplan Kirsch & Rockwell LLP in Washington, D.C., as the agency’s general counsel. 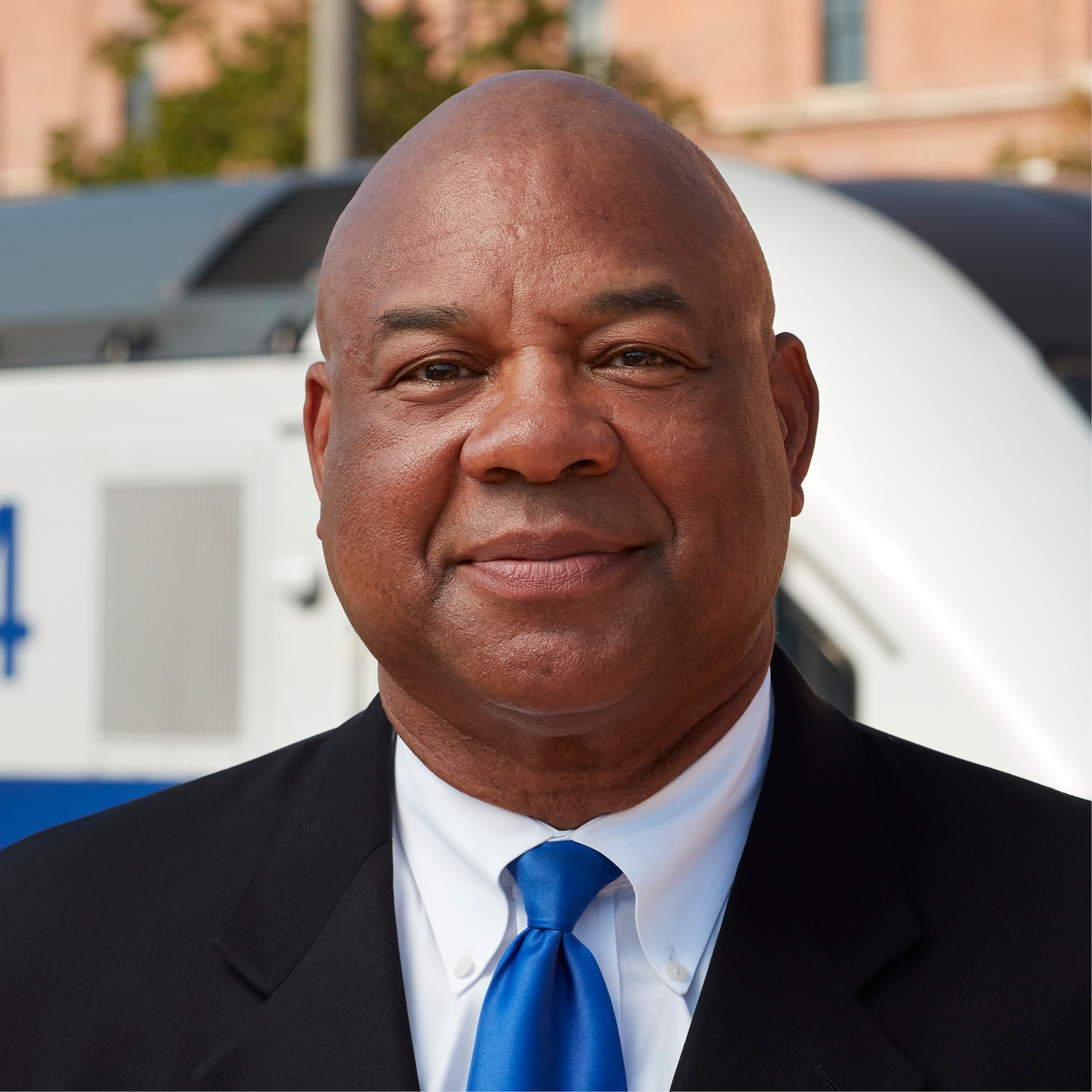 Smith, a former general counsel at the Maryland Transit Administration, has worked as a lead contract negotiator on numerous transit projects, representing MTA in the development of the Purple Line Public Private Partnership and the Maryland Area Regional Commuter Train Service in the design and construction of a storage facility at Union Station in Washington.

“GoTriangle is fortunate to be able to hire such an outstanding person for the important role of general counsel as we get closer to creating a regional commuter rail line and building the Raleigh Union Station Bus Facility in downtown Raleigh,” says Sig Hutchinson, chairman of the GoTriangle Board of Trustees and a Wake County commissioner. “Byron Smith has vast experience in negotiating important transportation agreements, and we couldn’t be more pleased to have him.”

At Kaplan Kirsch & Rockwell, Smith has practiced in the rail, transit, highways, infrastructure, private-public partnerships, project delivery and litigation groups. He has acted as lead counsel on transit development projects, assuming responsibility for and leading teams of legal, engineering, finance and other professionals in the development of procurement, design and implementation of significant infrastructure projects.

“As GoTriangle continues to manage the Greater Triangle Commuter Rail Project for the region, Byron’s experience in helping bring major transit projects to reality will be invaluable,” says Charles E. Lattuca, president and CEO of GoTriangle. “We are winding down the last study phase of the project, and governing bodies will be ready next year to decide whether to proceed into the federal grant pipeline to build what will be the transformative spine of a regional transit network. We are also pleased to be welcoming Byron back to North Carolina.”

As general counsel for MTA, Smith also negotiated and drafted operating and access agreements between MTA and its host railroads, Amtrak and CSXT.  In earlier years, Smith also worked as deputy counsel in the Maryland Office of Attorney General and as assistant attorney general at MTA and for the Maryland Port Administration.

Smith received a bachelors’ degree in political science and his juris doctorate from NC Central University in Durham.

“I’m looking forward to coming home and working and representing GoTriangle,” Smith says. “I was in Raleigh when they called the Beltline the parking lot and people were trying to get around Raleigh and would sit sit sit sit, and they expanded it, and they still sit sit sit. Now you have 540 and you still have businesses in Research Triangle Park staggering work times to get people off the roads. It excites me to be part of something new. It really does.”

Smith says that transit has been his life’s blood the past 16 years and that the past two years he has helped transit advance across the country. He will begin his GoTriangle role Dec. 1.

“I’m thrilled to be a part of not just working at GoTriangle but bringing commuter rail to North Carolina, getting cars off the road and reducing carbon footprints,” Smith says. “Those sound like buzzwords, but when you think about growth and potential growth in the Triangle, you know you can’t expand I-40 through the Triangle anymore. We have to reduce our reliance on cars and get some real transit infrastructure.”