From infantry soldier to nurse’s aide to bus operator, service drives this veteran

GoTriangle’s flexibility in accommodating his part-time work schedule and its preparation even before he got behind the wheel impressed him.

NOV. 3, 2021 -- GoTriangle Bus Operator Robert Kells was just 17 years old when he enlisted in the U.S. Army, embarking on the first of a series of public service careers. From a certified nurse’s aide with the N.C. Departmentof Correcti ons to a bus driver for the Wake County Public School System, Kells chose work over his lifetime that allowed him to support others as they went about their daily lives. He joined GoTriangle in July with the same intention.

“GoTriangle seems to be very service-minded for the region,” he says,explaining why he joined part-ti me this summer. “I liked the idea of it being a regional agency where I can goto multi ple places and learn more about the region. Everybody seems to be very professional, very friendly.It seems to be a company that is always looking to the future.” 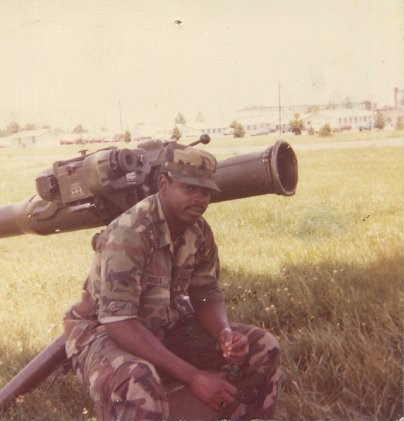 GoTriangle’s flexibility in accommodating his part-time work schedule and its preparation even before he got behind the wheel also impressed him. “I think it’s a great company,” he says. “They are actually one of the most professional companies that I’ve ever worked for. The training was really, really good, very professionally done – Ifelt well-trained and prepared for my routes. I think it is a good career opportunity for people like myself who are not retired but are looking fora career.”

As a teen growing up with his mother in Newark,New Jersey, Kells wanted to follow in the footstepsof his father, a Vietnam War veteran who servedas part of the 82nd Airborne Division and wasstati oned at Fort Bragg Army Base in NorthCarolina. “He was away during Vietnam, but I always wanted to be like my dad,” Kells recalls. “So I joined the Army early, and I was able to finish high school in the military. Back then, you could fi nish in the military.”

Kells enlisted in in 1979 and, aft er basic and advanced training, became an infantry soldier competent to fi rean anti -tank missile. He was stati oned in Texas, Hawaii, Kentucky and Panama – made many good friendsand got married along the way – before gaining honorable discharge in 1985.

He then relocated to the Fayetteville area of North Carolina to be close to family and began work as a dumptruck driver and textile mill worker. However within a year, he realized that he needed a career with job security, so he decided to further his education at Robeson Community College in Lumberton.

“At first, I was going to do the paramedic, emergency medical response [degree], but that was kind of demanding, and I was already working as a delivery truck driver,” he recalls. “So the counselor at the community college said, ‘Try the nurse’s aide program first, and if you like that and if it is for you.’”

He did, rising to the head of his class. Before he had even finished the program, he says, employers were lining up to recruit certified nurse’s aides on campus, and he was offered many jobs. After graduati on, he moved to Raleigh and began working at Dorothea Dix Hospital, where he stayed for two years before transferring to work as a Correctional Help Assistant at Central Prison in downtown Raleigh. He remained there almost 28 years, working exclusively with inmates living with mental health issues.

“[Inmates] would come from all over the state to Central Prison when they had mental issues going on,” herecalls. “We would get their medications together, and get them stable. So my job was dual – I helped the nurses when they had to administer medicine – give shots – and I helped the officers with custody, security, passing out the food trays, transporting the patient to some of their mental health classes. I was in charge of the dayroom setting and making rounds to make sure everyone was safe and responding to anyemergencies.” 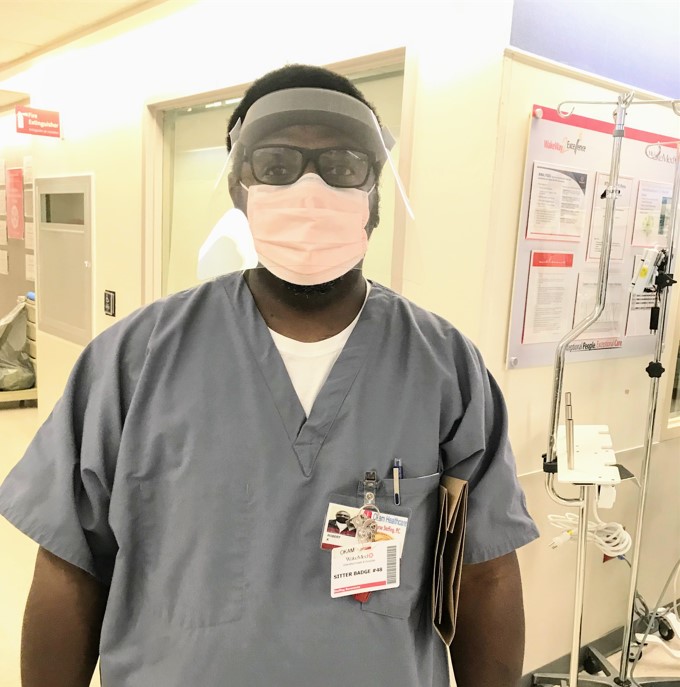 During the nearly three decades that he worked with inmates, he says, he became a Christian, and he leaned on his religion to try to ease their suffering.

“I used that to try to help encourage the inmates when they were in crisis – to talk with them and tell themto have faith – because some of them had life sentences without parole,” he says. “But I always tried to let them know that even though their bodies might be incarcerated, their minds and their spirits could sti ll be free, and they could help others.”

After retiring from the Department of Corrections, Kells moved to yet another state job as a school busdriver for the Wake County Public School System, where he earned his Commercial Driver’s License and worked for about two years.

“I loved taking the kids to school and bringing them back home,” he says. “So because of my military and my mental health background, [I had] some very good skills to help with the students when they were on theschool bus.”

About three years ago, Kells began a part-time constant observer position at Wake Med Hospita lin Raleigh, a job he still holds. He helps patients stay safe and ensures that some do not try to leave the hospital without permission or inadvertently harm themselves. For example,among his duties, he watches over patients as they come out of sedation after surgery to ensure they don’t pull out their intravenous tubes. He is also there when they need assistance walking to the bathroom, so they don’t slip and fall.

Kells also joined the Raleigh-Durham Airport staff as a shutt le bus driver a few years ago but was laid off when the COVID-19 pandemic hit. This summer, he began his career at GoTriangle,where he says his varied work experience helps him daily.

“Having an extensive background in mental health, I try to be able to communicate with the passengers,” he says. “I try to be understanding and be courteous and a little bit more patient with people who might get on the bus who are challenged with disabilities or maybe even just seem to be a litt le distracted mentally. And then, [from the military training], I try to be on time with my bus. I try to be kind of regimented in the things that I do and be very safe and careful.”

Having both his CDL and nurse’s aide certificate remains important to him, and he has always kept them current. “With those two things, I will always have a good job,” he says.

Kells says his classroom training was really wonderful at GoTriangle. “I was surprised that they evenhad a simulator like where you can sit and simulate driving the bus. I thought that was pretty awesome, pretty high-tech stuff . And the trainers were just so professional and so courteous, and they wanted to make sure that by the time you were out on your route doing it on your own, they gave you all type of scenarios and that they prepared you to be professional with customers. And one great thing that really stood out to me was that even the films that we watched were on a national level. It was almost like the federal government teaching you the rules and regulations, and things like that. It was really, really good.”

Whether GoTriangle team members are operating a bus, planning the routes, working on carburetors or computers or getting the word out about all of the benefits of transit, each person plays a critical role in how well we serve our community. Join Robert at GoTriangle with a career that works for you. Learn more at gotriangle.org/careers.